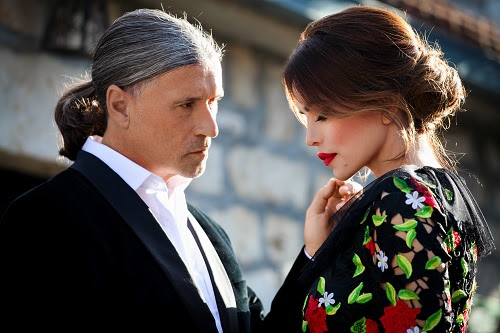 Today I am excited and very happy because I have a wonderful opportunity to present to you a video for the song “The World Has Stood Still”, which is the part of the musical “Our White Story”, written by Nenad Nincevic and myself.

Our White Story is happening in late seventies, and takes place in Split,
which is my hometown and the city where both Severina and I grew up. So, in a way, it is a soundtrack of my childhood and early youth.

It was an amazing experience during the recording of this video, to walk and
sing throughout the streets of Old City of Split, Croatia, built by Roman
emperor Diocletian more than a seventeen centuries ago.

The director for this video was Mr Darko Drinovac, one of the best video
artists in  Croatia.

Music arranger was Mr Nenad Siskov, and the song is recorded by some of the finest musicians and my dear friends; Niksa Bratos, Remo Cartagine, Sasa Bulic, Vinko Didovic and Nenad Siskov.

Thank you Neno, Seve, Darko, Branko and all who contributed to make my
dream come true.

Our White Story, the musical is planned to be premiered in July next year.
The CD with musical, consisting of sixteen songs is going to be released in
Spring next year.